Did you know this about the Green Party?

I studied zoology at University. I love animals, our beautiful natural world and protecting it is very important to me.  I used to be a member of Greenpeace, FoE, Liberty, WWF, EIA, WSPA and have raised quite a bit of money over the years for various wildlife and conservation charities.  As a biology teacher I was warning of global warming thirty years before ‘Greta’ was mitching off school to sail around the world, all expenses paid.  My poor, working class pupils even bought acres of rainforest in Belize with money they couldn’t really afford to spend.  And yes, I have been a veggie, a hippie (with short hair) and voted for ‘The Greens’ many a time.  But would I vote for them now!  Absolutely not!  So why you might ask? 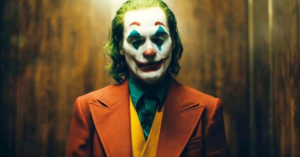 Well first let’s have a bit of science (or maybe reality would be a better word for it).  We keep hearing that the greatest threat to the planet is climate change.  Mmm?  No it isn’t.  If climate change kills all the human beings on the Earth that will actually be quite good for the planet, no more pollution, no more rainforests chopped down, rhinos poached, tigers shot, melting glaciers, plastics in whales etc. etc.  As James Lovelock turns in his grave so the Earth will regenerate and it’ll be party time for the worms with our species finally gone – hurray!

Unfortunately, the greens have changed.  They certainly haven’t evolved as that would imply they’ve got better.  Now all we get is the same meaningless soundbites as all the other political parties give us.  In the good old days the @TheGreenParty campaigned for the real ‘greatest threat to our planet’ (read humanity here of course) – #overpopulation but now they seem to have morphed into some woke, men-hating, middle class numpties with no idea what they are talking about and they never mention that the world has ‘too many people’!  Looking at their Twitter feed and contradictory manifesto it appears they are all for mass immigration, anti-semitism, bigger government (remain in EU) and votes for kids (lol)? #culturalsuicide?  Strangely enough the Green Party manifesto does say that “indigenous peoples whose traditional lifestyle would be adversely affected by in-comers should be able to stop immigration” (MG204b) but obviously the Welsh, Scots, English and Irish don’t count as indigenous people – doh!  Bit racist isn’t it?

Why have they done this?  What has happened to reason, common sense, fairness?  All they have done is add themselves to the ever-growing list of political parties that sensible people can’t vote for anymore (yeh I know, it’s a long list…)

The Green Party says that the election is not about Brexit, but is instead a ‘climate election’.  OK, maybe it should be but no it isn’t.  Whether we like it or not – It’s about Brexit.  The Green Party’s manifesto also says that a 2030 ‘Net Zero’ target would be achieved by spending £100 billion a year over the next decade.  This includes £91 billion per year of borrowing.  Not including interest, that trillion-pound ‘Green New Deal’ is equivalent to £15,000 per head of the population – bloody hell, I don’t earn that!

I could go on but why bother, these nutters are beyond help now.  They seem to have abandoned all sense and just gone all out to do what all snowflakes do these days – shout louder.  Very sad.

Call back in a week and we’ll have a look at the Lib Dems and Swinson.