You’ve heard the one about the dinner party guests.  If you could have anyone from history… who would you invite and why etc.  Well, my list, let’s call it eight ‘cos I think I’ve only got that many plates might be – Leonardo da Vinci, Sir Richard Burton (the explorer), Marilyn Monroe, Peter O’Toole, Hitler, Che, Clinton Eastwood & Jimi Hendrix.  On a different night I might send out invitations to Sir Isaac Newton, Dr William Price, Buddha, Robert Capa, Helen of Troy, Bob Dylan, Steve Irwin and Genghis Khan.  The point is I’d want interesting people who’ve achieved something, have special skills or have something interesting to say (no matter how insane).  Just imagine when Hitler and Che got pissed, or better still Marilyn and my cupboard…

Of course a really boring party might be one where you invite boring people (who’ve done nothing) with all the same views and no-one gets drunk.  Think the current Labour Party.  OK, I’m certainly not a fan of the Tories (I’d rather drape my wet bollocks over an electric fence than vote for that bunch of in-bred fascists) but they do at least have a bit of mmm… Boris about them.  Someone you can really hate with a passion, as opposed to the Corbynites where you just get that quiet resignation and the feeling that nothing about your fucked up life will ever change for the better no matter how much they talk. 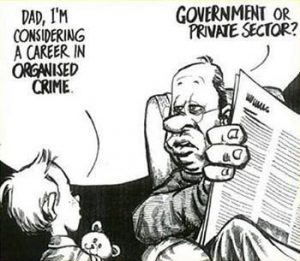 And so that brings me to not what the political parties’ policies are (I did that here) but WHO they are or should be.  In other words rather than have a bunch of ‘never done a proper days work in their lives’ type politicians why not have people who’ve been there, done it, bought the t-shirt?

So imagine your cabinet in the same way.  I’d have my mate, who is a doctor / top consultant, to run the NHS.  I know many great teachers who could sort out our schools / education system, we could have Frederick Forsyth to sort out foreign policy, Greenpeace to do the environment, Nigel Farage could do Europe and immigration, Julian Assange technology, Branson the economy, Dawkins religion and Jiffy (or Peter Jackson) the Welsh rugby team.

We’d abolish political correctness, the royals, celebrities, Islam, posh schools and bankers.  We’d create high paid jobs for all, introduce a living wage, get rid of nuclear weapons, lock up criminals for life, halve our population and set an example to the rest of the world.  In Wales we might have to form a working party to report back to a committee to sort stuff out but you get the general idea.  Why not have experts to do stuff instead of politicians?  OK, maybe Farage wasn’t the most inspired choice, but the point I’m making is that if we had people with a bit of knowledge or people we could trust to do a good job, in power, we’d vote for them right?

Now look at the current ‘alternative’ to the awful Tories.  Corbyn was brought up in Yew Tree Manor, went to a fee-paying prep school and has never ‘worked’, i.e. done a proper job, in his entire life. He now earns £137,000 a year which he says isn’t much!  Yeh, like he is in touch with any normal people.  His chancellor would be John McDonnell, who has at least been an unskilled worker and only earns £67k a year, which he does admit is a lot of money.

Tom Watson, has gone from school to college to Labour Party and is shadow Culture, Media & Sport.  Not sure what position he plays or what poems he’s written but…  Emily Thornberry, daughter of a lawyer, a barrister herself, who sends her kids to a fee-paying school is shadow Foreign Sec.

Then we have Diane Abbott who went to school with Michael Portillo, then Cambridge, got fast-tracked through the civil service to become a politician yet couldn’t add up the numbers of police officers Labour were promising.  She is forever making racist comments about white people yet somehow keeps her job, supports the IRA, had an affair with ‘JC’ and also sends her son to a private school.  I could go on but it’s all a bit depressing.  Then there’s Baroness Chakrabarti, a barrister, and former director of Liberty, who campaigned against “excessive” anti-terror legislation after Muslims bombed us.  Corbyn asked she be given a life peerage in the Prime Minister’s Resignation Honours, despite his previous promises that he would not support the peerage system!  She recently said (BBC Newsnight) that she wanted the next leader of the Labour Party to be a women rather than the best person for the job, which struck me as being a bit sexist.

Is it me, or are the ‘new, old’ Labour lot just a bunch of pc-loving liberals who wouldn’t pull the trigger if confronted by a naked man chasing a woman through an alley with a butcher knife and a hard-on?  Dirty Harry figures he isn’t out collecting for the Red Cross so why can’t these idiots!?

So my question is – when are we going to get a proper alternative to ‘career politicians’?  Never?  Ah well, best get back to the beans on toast before Clint Eastwood shoots Peter O’Toole for drinking all his lager.