How Far Can Wales Go In the World Cup in Japan?

The 2019 World Cup is the most pivotal event in Welsh rugby for many years. It will be the final competition under the stewardship of Warren Gatland before the Kiwi leaves his role. It will be no easy feat for Wayne Pivac to replicate the success that Gatland has enjoyed. He will leave his position as Welsh coach having been the longest-serving and most successful coach that the national side has ever seen.

The recent Six Nations success has raised hopes that a first World Cup could be delivered as a farewell gift for Wales, and while all the form points to that being within reach; the test ahead of them remains stern. The betting markets certainly feel that the Welsh will face difficult competition from New Zealand, England and Ireland.

Still, there is no reason why they can’t defy the odds and win the showpiece event; after all, Gatland truly thrives in competitive rugby, and he will be hoping that he can leave the Welsh side in a blaze of glory. 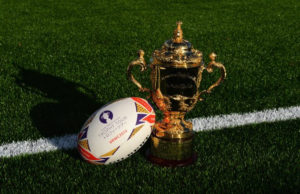 Winning the Grand Slam is no easy achievement, and as soon as the threat of England was seen off Gatland knew that questions of potential World Cup glory would follow. The Kiwi batted around these questions from journalists and told reporters that there was no scientific link between winning the Six Nations en route to World Cup success.

Indeed, he does have a point there as only England have won a major tournament and the World Cup in the same calendar year. It’s almost like saying that because a tennis player has won the Australian Open, they are almost guaranteed to win Wimbledon. The form is a positive factor ahead of a massive tournament, but success in one doesn’t mean that there is more glory to follow.

Of course, that 2003 English side that won the Six Nations before their World Cup glory does draw comparisons to this Welsh side. The most evident of those is the fact that both won the Grand Slam and looked irrepressible throughout the fixtures. However, it will be wise to consider the Six Nations as a morale-boosting tournament rather than an indicator of future success. The style of rugby, weather and atmosphere in the Japanese stadiums ensure that the World Cup is an entirely different ball game, but nonetheless, the signs are good.

Upon being drawn in Pool D alongside Australia, Uruguay, Georgia and Fiji hope began to rise further. These hopes were so high because the route to the final was clear for all to see, but the path as group winners seems far more comfortable. Much will depend on the result against Argentina in the team’s second game of the competition. A win in this fixture and topping the group would be a formality with fixtures against Fiji and Uruguay to end the group stage.

Gatland will be well aware that a first-place finish in the pool would mean that his side will avoid the likes of England, New Zealand and a possible rematch with Australia until at least the final. As winners, the Welsh would likely place France in the quarterfinals before a showdown with Ireland in the semifinals.

The latter of which will be an exciting occasion, but if their Six Nations fixture was anything to go by, then the Welsh should have enough to get past them. The 25-7 victory over the Irish to cement the Grand Slam was much more comfortable than the scoreline suggests.

The Welsh will have to be in the sparkling form that they have showcased throughout their 14-match winning run which culminated in the win over Ireland to close the Six Nations if they are to win the World Cup. However, it would be a wise bet to predict that it could be a memorable summer for Wales.