There are many reasons why the naming of a bridge is important to the cultural identity of a nation and in Wales, which has had an English prince forced upon the country since 1301, it is paramount that ancient, out-dated feudal associations and traditions are abolished if Wales is ever to progress into the next century with any confidence.

The second Severn crossing bridge is a potent symbol of our contemporary nationhood and as the gateway to Wales the large signs above the bridge are the first and last thing any visitor sees upon entering or leaving the country when travelling along the M4 motorway.

As such the name is crucial in proclaiming that whilst Wales is still an important part of the United Kingdom it also has its own unique and diverse character. In these modern, progressive times the people of the world should not be reminded that Wales belongs to the English crown or be told that they are now entering a land of obedient, imperialist subjects. Surely this kind of imposed cultural uniformity went out with the notion of Empire and the subjugation of races. 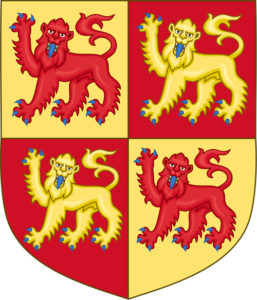 Crucially, there was no consultation between the Welsh Government and the Welsh people about such a significant decision and only an unelected English Queen and the Prime Minister Theresa May approved the decision to rename the second Severn crossing bridge.

Only a very small minority of people in Wales supported the changing of the name of the Second Severn Crossing to the Prince of Wales Bridge, according to a YouGov poll, while 34% opposed the renaming (51% in Cardiff). A petition opposing the renaming got 37,000 signatures and much press coverage.

If Wales is ever to become a forward looking country, that is dynamic, ambitious and presents a positive national identity to the rest of the world we must be allowed to celebrate our language, cultural heritage and our approach to equality and diversity. For Wales to be truly presented as a land of values, which include fairness, solidarity and concern for the future we must be able to take key decisions that affect our distinctiveness such as this.

(Note: The bridge is operated by English Highways)