Still Raking It In

We did a story on the huge salaries the BBC pays some of its Welsh TV presenters back in 2017. We were told that many of these, quite frankly, insulting wages for pretty mediocre talent would be cut. Well, have they? 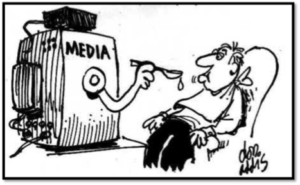 So nothing much has changed at the BBC.

Meanwhile almost a quarter of people in Wales are trapped in poverty as levels of deprivation rise among some of the country’s most vulnerable groups, a new report shows.

Rising living costs, especially housing costs, combined with cuts to working age benefits and poor quality jobs, is leading to an increased risk of living in poverty for families both in and out of work, according to research by the Joseph Rowntree Foundation.

The study shows that 710,000 people in Wales are now living in relative poverty – meaning their household whose income, after housing costs, is less than 60 per cent of median income. This figure includes 185,000 children, 405,000 working-age adults and 120,000 pensioners, making Wales the most poverty-stricken nation in the UK.

And for those that love figures here are some more, the salaries of some of our most loved and hated politicians. You decide which is which, lol.

Jeremy Corbyn has said he does not think he is wealthy, despite his £137,000 salary. Once he retires, he will receive a pension of around £1.6 million.

Nigel Farage earns around £70,000 a year as an MEP (although it has been halved because of a recent scandal). His EU pension will be £73,000 when he reaches the age of 63. However he did add nearly £400,000 last year to the coffers of a company that he is the sole director of.

Boris Johnson is worth about £1.5 million.  He gets paid £79,468 a year as an MP and also earns £275,000 a year for writing his weekly column in the Daily Telegraph. An amount he said was ‘chicken feed’.  He continues to be paid tens of thousands of pounds a year on royalties from books and translations of his biography of Churchill. He called London’s wealthy a “put-upon minority like homeless people and Irish travellers and should be protected from any further bullying from the public…”.