The End of the World is Nigh 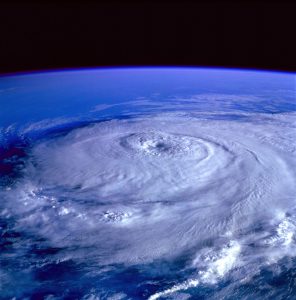 No, not Brexit. Deal or no deal, Noel Edmunds will sort that one out fine. I’m really not sure what all the fuss is about. No, I’m talking about climate change. You know, that thing Trump doesn’t think exists. And would you trust an orange man with mental hair and a tiny, mushroom-shaped knob?

Climate change is when weather patterns (just think heatwaves, tides, storms, snow, wind, rain, hurricanes, drought, melting ice caps, deserts, soil erosion etc.) alter over time. An example of climate change might be an ice age. Another might be that the planet heats up so much we all die.

Lots of things cause our climate to change, e.g. variations in solar radiation received by the Earth, plate tectonics, and volcanic eruptions. Certain human activities also contribute to these changes. One of the nasty little things we as a species do is global warming.

What is this and how do we do it?

OK, first we chop down forests. This is really bad because trees absorb carbon dioxide from the atmosphere and it is increased levels of this gas (and others) that make the Earth warm up. As if that wasn’t bad enough though we also burn fossil fuels like coal, oil and gas. This is also bad because it also increases the amount of carbon dioxide in the air.

This seems to be the reaction of almost every government on the planet. A death wish you might say. Well put simply if we don’t stop doing these very foolish things we will all suffer. As carbon dioxide in the atmosphere increases (and continues to do so) then the temperature of the planet will rise. This will result in many things, one of them is climate change. We don’t know for sure what will happen but a good bet is that we get more severe weather – this could be hotter summers and colder winters. It could be stronger hurricanes, more deserts, tsunamis and so on. Sea levels will rise from melting ice caps. There will be floods, mass extinctions of plant and animal life, really crazy weather, lack of food and water – not good.

The UN has just released a report which makes dire reading. Scientists have warned about this for fifty years or more and we as a race have done nothing. Just blindly continued on a path to self destruction.

So when exactly will we all perish?

Who knows? But it could be sooner than we think. One thing is certain, it will be before the sun blows up in a few billion years. In fact, it may be as soon as a week next Thursday.

We’ve all seen the plastic pollution in our oceans, we know palm oil is bad, we know we should walk more and use the car less yet we continue to breed. Yep, babies. The death of us all (including the new babies). Human population is increasing at an alarming rate. And what does this mean? Well, the more people the planet has the more fresh water we need, the more food we need, the more medicine, more houses, more cars, more iPhones, more SKYTV subscriptions, more plastic aaarrrggghhh!!!! The future is not looking good.

Can we stop ourselves killing everything?

Someone also needs to accidentally put a bullet through mushroom knob’s head. And all world democracies need to elect their governments for fifty years not three or four or five. Weird one you might think? Well not really because we have to stop politicians thinking short term. We need our leaders to put in place ‘one hundred year plans’ not just a few crap policies that the next bozo will overturn when he or she gets into power.

Will we avert disaster?

Nope. The money men, powerful politicians and business leaders and so on will just keep abusing their power and moving the goalposts back until the tidal waves wipe us all out or we the people rise up and overthrow our governments.

So on that happy note I’ll leave you to your fate. I’m off to Mars.