The Truth About Black Lives Matter

It has been known for some time that to create good propaganda you have to come up with a trendy slogan that nobody will disagree with. I’ll give you an example – ‘Help For Heroes’.  Imagine you’re in a pub and someone comes around collecting.  Are you going to be the only one who stands up and says, ‘No, sorry I don’t believe in that charity?’  You suddenly become a social leper, even if you explain that such a charity should never exist because surely any decent government should already be helping its armed forces and be ploughing tens of millions into supporting all veterans, especially those suffering physical injury, mental torment (like PTSD), drug addiction, unemployment or homelessness.  Your pleas will fall on deaf ears I fear though.

These days, to speak out, or go against the mainstream media narrative is to invite hate, ridicule, even violence and it takes a brave man to stand firm and say what needs to be said in the face of this woke onslaught by those more concerned with ‘likes’ or ‘shares’ than finding out the truth.  Take #BLM.  If you say you’re against it you’re instantly labelled a racist by idiots who obviously know nothing about the group.  Unfortunately, the world has a growing number of idiots.  They seem to be multiplying at an exponential rate, a bit like Covid-19 in the conservative USA and Brazil. 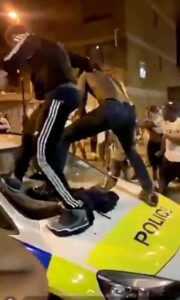 So let’s get into the detail.  And to do this we need to NOT blindly chant a slogan and attack anyone who doesn’t join in the chorus but actually look at the organisation that spouts this mantra.  We could look at YouTube videos of riots, looting and murder perhaps?  We could read ‘The Guardian’ or ‘The Telegraph‘.  We could search online for academic studies.  We could even look at the actual statistics relating to black deaths in the USA.  But here’s my suggestion – let’s start by looking at this particular pressure group’s website.

Here are some examples:

“We … do the work required to dismantle cisgender privilege and uplift black trans folk, especially black trans women. We build a space that affirms black women and is free from environments in which men are centered.”

In other words they don’t care about career criminal George Floyd and his killing by a Minnesota police officer.  They are proudly anti-men and their main aim is to promote black, trans women’s rights (whatever they are?).  Now if you agree with that fine, crack on, but don’t pretend this is about anything else.

“We make space for transgender brothers and sisters. We dismantle the patriarchal practice. We disrupt the Western-prescribed nuclear family structure. We foster a queer‐affirming network. When we gather, we do so with the intention of freeing ourselves from the tight grip of heteronormative thinking.”

I’ll explain in simpler terms.  They hate the traditional family unit, straight heterosexual men and want to replace it with some sort of queer / trans commune!

Now, the vast majority of Britons don’t need to be reminded of the sanctity of all human life – it’s what makes us a fairly nice nation made up of mostly nice people.  But does opposing BLM’s real aims or having a slightly different opinion make you racist?  Of course not!

Back to their website.  They also want to dismantle global capitalism, a system they claim is nested in white supremacy.  Mmm?  So if you ever buy any Adidas jogging trousers, a gold chain, a pair of basketball boots or a rap music CD you’re a Nazi – makes perfect sense!

OK, this really rubs my tits up the wrong way.  As a proud socialist I’m all for equality, equal opportunity and more social mobility.  But am I against wealth?  Not really.  I want everyone to be wealthy and healthy.  And as a white male am I somehow privileged?  Mmm?  Let me see now… I come from a white, working class, ex-mining village where there are no decent jobs or prospects for me or my family, in a country that has been oppressed by a foreign invader for more than 600 years and betrayed by career politicians pretending to care about me… I don’t think so!

OK, here’s another classic from BLM.  They want to defund the police in its entirety due to its culture of ‘systemic racism’.  OK, let’s dig out some facts on that shall we.

Guess what?  Police malpractice does not disproportionately affect the black community in the US despite the widespread public perception that it does.  A Harvard academics study found “no racial differences in either the raw data or when contextual factors are taken into account”. 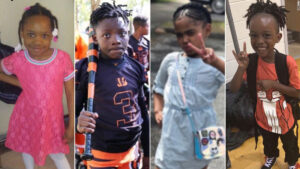 Yes, black Americans are disproportionately affected by violence but it is overwhelmingly from members of their own community.  There is no data to prove they are victims of interracial violence.  The data categorically proves the opposite is true in fact!

In 2019, thirty-nine unarmed whites were killed by American police as opposed to nine blacks.  Whites are in a demographic majority but they are less likely as a group to be involved in violent criminality, namely homicides, which results in contact with armed police officers.  There is no evidence that the disproportionate number of black killings is purely due to racism.

But it is not just BLM that conveniently forget the facts, the media also play a part in this disinformation.  In a single weekend in Chicago for example, there were eighteen deaths, amid protests, which deteriorated into mobs rioting.  So apparently only ‘some’ black lives matter.

What about the UK you might ask?  Well, three people in the UK were killed by the police in 2018 and none of them were black.  Over the last 10 years 163 people have died in or following police custody, only thirteen were black.  But taking the category of all those who have been arrested a white person is more likely to die in custody.

Now I know it’s a while since we had the Brexit divide – where former friends, family members and even partners became vicious in their vitriol towards the other side, just ‘cos they had to get a new pet passport or whatever but here we are again with the new social media pop-craze.

People, people.  Calm down.  Take a deep breath, read.  Do some research and don’t just believe the woke crap spewing from the BBC and other lamestream media.  Use that iPhone, Google facts, talk to your mates down the recently re-opened pub and make your own mind up.

Do NOT follow blindly like rats to the Weser River in Hamelin! (Or should that be Bristol docks?)

I honestly believe that BLM has put back race relations in the UK and the rest of the world by several years.

The problems of the UK, like many countries, is based on class not race.  And the real enemies of the people are the government and the media who drink in the same pubs and eat at the same restaurants.  That is the real fight.  Defund the police my arse!  Who you gonna call – Ghostbusters?