Have you ever wondered why Christmas Day (that time when we scoff too many sprouts, we get inundated with socks and the Llanover Arms, Pontypridd closes weirdly early) is celebrated on December 25?

Well, it wasn’t always so. In fact, for the first three centuries of Christianity’s existence, Jesus Christ’s birth wasn’t celebrated at all. Religious holidays were Epiphany on January 6, and Easter, the date governed by the appearance of the full moon. 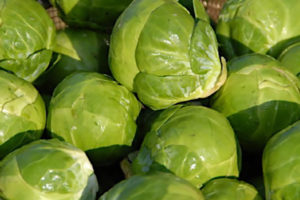 The first official mention of December 25 as a holiday honouring Jesus’ birthday appears in an early Roman calendar from 336 A.D.

So was Jesus really born on December 25? I doubt it. God’s guidebook doesn’t mention his exact birthday and the Nativity contains conflicting clues. For example, the presence of shepherds and their sheep would suggest a spring birth or that Dolly Parton wasn’t the first mammal cloned.

How did it come about then? Well, there are a number of theories. One idea is that March 25 was the first day of spring and so a good date for Jesus (considered by many to be the ‘New Adam’, after the last one cocked up so badly) to have been conceived. So if you think of this day as his day of conception (when God, the Hadron Collider or some random Jew who happened to be passing Mary’s hut when old fogey Joseph was down the Inn with the boys, ‘created’ him) and then go forward nine months from then he was born on December 25.

Another theory says Jesus died on the Jewish Passover, so again they came up with March 25. Jews believed that prophets (or magicians or whatever) such as Jesus were born (or conceived) on the same date as they died (bit Derren Brown I know) so go forward nine months again and there you have it – easy!

If you combine these crazy notions with the fact that church officials also wanted the date to coincide with existing pagan festivals so that it would be easier to brainwash the locals (i.e. the Romans) then it all made perfect sense. As the years passed it then became pretty straightforward for the Romans (and other civilisations) to accept Christianity as the empire’s official religion. What a stroke of marketing genius eh!

Even though the celebration of Christmas spread throughout the Western world over the next several centuries many Christians continued to view Epiphany and Easter as more important. In fact, the Puritans even banned Christmas because they saw the offering of gifts and decorating trees as being linked to paganism. In the United States (after revolution and independence) celebrating Christmas was considered too British.

Of course the damned Yanks made up for it when in 1870 they made Christmas a federal holiday. Then things really went downhill. Santa became Coca Cola coloured and more recently Black Friday (our last drinking Friday before Christmas) has turned into the post Thanksgiving Amazon shopping fest! 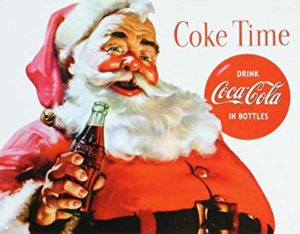 Some early believers didn’t just ignore Christmas Day (as they considered it a pagan practice) but also really expected their Messiah to return and bring about the end of the world as foretold in biblical prophecies. Now whilst us educated and enlightened folk will probably think this is all mumbo-jumbo we do have Brexit, Trump, China, the Marrakech accord and the mother of all stock market crashes to come…

So what about this Druid’s Drink then?

Well, quite simply, I feel that the over commercialisation of Christmas when struggling families are bombarded with adverts telling them to buy the latest ocean-polluting plastic Dinosaur finger puppet while food and energy bills continue to rise, is just not fair. We need to return to a far simpler, more honest appreciation of this special time of year. Make the festive season a time to reflect on the planet and our place in it. Move away from capitalism, exploitation, the evils of social media, consumerism, destruction of our environment and so on, and move back towards nature, friends and family.

Whether you believe in some omnipresent, black transgender with a white beard who lives on a cloud in the sky who lets elephants, whales and children die or you’re more of a Brian Cox kind of fellow it doesn’t matter. For one hour a year let’s forget our differences, gather, in person, as social humans have done since caveman times and raise a glass (not plastic btw) to the goodness in all of us. Beer, lager, champagne or mead, whatever your poison, just bring a little along to the Rocking Stones, Pontypridd at midday, Christmas Day and smile and be merry.