The Six Nations gets underway in early February. But there is no doubting that Wales’ fixture against Italy will be the most important sporting occasion on that weekend.

Wales will be looking to be the first team in three years to successfully defend the crown. They have only done it on one occasion since 2000, with that back to back success coming between 2012 and 2013.

However, many sportsbooks are currently not backing Wales to repeat the feat after a huge transition since the World Cup last year. If you are a horse racing enthusiast, let’s say that the chances are similar to the ones the Victor Ludorum winning the Kentucky Derby in May.

The biggest difference for Wales between this year and last is the man that is in control of the team. Warren Gatland ended an incredible 12-year stay as the Welsh boss in the winter after the World Cup. His success in last year’s competition turned out to be his final parting gift, as they fell short in the World Cup itself as they were beaten by South Africa in the semi-finals.

However, it isn’t just Wales that has to deal with the departure of crucial figures, as the other sides in the competition do too. Joe Schmidt left his role as Ireland manager, while Connor O’Shea and Jacques Brunel left their positions with Italy and France respectively. The whole complexity of the Six Nations has changed this year, which means it is incredibly difficult to judge who may take advantage. 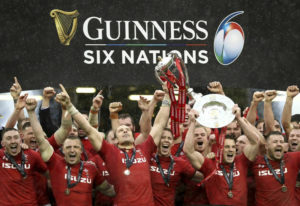 The man that has been trusted with the fortunes of the national side is another New Zealander – Wayne Pivac. The Kiwi has former international experience as he was in charge of Fiji between 2004 and 2007, but this is a significant step up, and the expectation will be huge. He signed his contract with Wales in 2019 and coached the team for the first time against the Barbarians in a 43-33 win.

There is work to do defensively for the new man at the helm, but looking at his CV, there is clear potential for him to excel. He led the Scarlets to the PRO12 title back in 2017, which was their first major success for 13 years. The Welsh success hasn’t been that long, but an immediate impression will be expected when the Six Nations gets underway against Italy. He will have to get the fans onside immediately with a big win against the side that are likely to end the competition with the wooden spoon.

We saw from Pivac’s tenure at the Scarlets that his strength is in the attacking. His first Welsh side pointed to that being the direction that he will coach this Welsh side too. However, whether his inexperience at the test level of rugby will be a concern for some fans, who question whether he is being naïve to think that this will work against the very best in Europe. He will be buoyed by the quality that he has at his disposal, with Josh Adams leading the Welsh chances.

The winger was the leading try-scorer in the World Cup, but he will be back up by a fluent selection of forward players. There is also a lot of experience in the squad with Gareth Davies, Dan Biggar, George North and Leigh Halfpenny all having over 50 caps for the national side. The biggest miss will undoubtedly be Jonathan Davies. But, Taulupe Faletau and Rhys Webb returning will ensure that they have the strength on the pitch to compete for the championship this year.