Did you know this about Boris?

Our current PM, Boris Johnson, was born in 1964 in New York City to upper-middle class British parents and educated at the European School, Brussels and Eton College.  He read Classics at Balliol College, Oxford, where he was elected President of the Oxford Union in 1986.  He was dismissed from The Times for falsifying a quotation but later went on to work for The Daily Telegraph as Brussels correspondent.  He was an assistant editor of The Telegraph from 1994 to 1999, and edited The Spectator from 1999 to 2005.  He was elected MP for Henley in 2001, before being elected Mayor of London in 2008.  He was re-elected in 2012.  During his mayoralty, he banned alcohol consumption on much of London’s public transport, oversaw the 2012 Summer Olympics, and introduced the New Routemaster buses, cycle hire scheme, and Thames cable car.

He is a well known right winger, Eurosceptic and former member of the Oxford University Bullingdon Club – a notorious champagne-swilling, restaurant-trashing, ‘pleb’-taunting elite.

In the news he is always good for a laugh of course:

Commenting about police probes into historical child abuse allegations during a radio interview he said money spent on the investigations had been “spaffed up the wall” and would have been better used putting officers on the street. 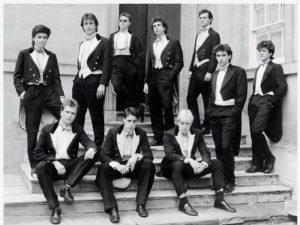 He has famously called Muslim niqab and burkha wearers as letter boxes and said that some restrictions on wearing them were ‘sensible’.  That reminds me, I must post my Christmas cards this week.

Asked about a recent visit to Libya, where fighting still continues eight years after Muammar Gaddafi’s fall, he praised the ‘incredible country’ with ‘bone-white sands’.

While foreign secretary on a visit to a Sikh temple (in Bristol) he talked about increasing whisky exports to India – despite alcohol being forbidden in the Sikh faith.

Mr Johnson described suggestions that ‘free movement of people was among the EU’s founding principles’ as ‘bollocks’.

As Prime Minister, his salary is about £150,000. He gave up an additional £275,000 which he used to get for his weekly column in the Daily Telegraph.  He also makes plenty of money on royalties from his numerous books including his 2015 biography of Winston Churchill however Johnson also reportedly donates about £50,000 to charity each year.

Call back in a few days and we’ll have a look at Corbyn.