In order to steal even more cash from us poor the UK Treasury is to make the current £1 coin worthless later this year. 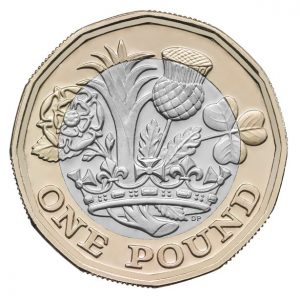 A new 12-sided pound coin comes into circulation in six weeks time in a bid to beat the forgers.

Don’t panic yet though as we still have eight and a half months to spend the old ones before they cease to be legal tender.

These are the key dates:

The new coin design has the English rose, the Welsh leek, the Scottish thistle and the Northern Irish shamrock emerging from one stem within a royal coronet. On the alternate side, the portrait of the Queen is still there though.

I wonder what will happen if Liz pops her clogs before March? Will they have to make a new, new one?