Tom Jones is one of the best success stories to come out of Pontypridd in the last few decades, but how much do you know about the legendary singer? The local Welsh hero. Here’s a list of nine things you might not have known about the Welshman. 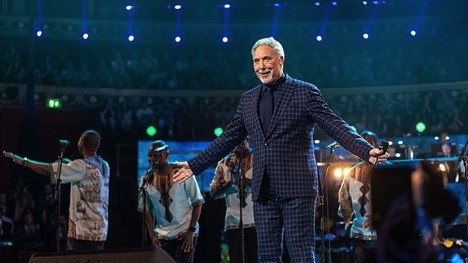 His hit Delilah is sung at Stoke City FC

You heard that right. A song about murder is sung on the terraces at Stoke City. Why? Well, some fans claim that it was sung after a rock concert in 1975. The Sensational Alex Harvey Band covered Tom Jones’ Delilah that year, and their rendition of the song was sung after that gig ever since. It’s still, to this day, very popular amongst Stoke fans.

It hasn’t helped them on the pitch, though, as they were relegated from the Premier League in 2018. They failed to bounce back at the first attempt, but can Delilah inspire them to return to the top of English football in 2020? They’re 4/1 with most bookmakers to go up. Why not get a bet365 promo code and use a free bet rather than your own money? You’re welcome. They have a chance, that’s for sure.

The Fight With Tuberculosis

In his younger days, Tom Jones actually spent a full two years in bed recovering from tuberculosis. It was during this time that he found his passion for music. The rest, they say, is history. If it weren’t for the music, he probably would have ended up working in the mines like his dad.

Melinda Rose Woodward. That was the name of Tom Jones’ childhood sweetheart. They married when they were both just 16 years old. It wasn’t a faithful marriage as there have been endless stories about the Welshman straying while on tour in different places. However, they stayed together until Melinda sadly passed away in 2016 from cancer.

That’s right, the hit was not originally intended to be sung by Tom Jones. Sandie Shaw was offered it, but she turned it down, which lead to Tom Jones’ career taking off.

He Got Dai Perry out of Trouble in Venezuela

Perry was Tom Jones’ bodyguard in 1974 and also his best friend. After a little bit of a set two between Perry and journalists in Venezuela, he was arrested awaiting sentencing the next morning once the courts opened. However, Tom Jones had other ideas. He managed to get his best mate on a plane back to Miami before he was thrown in jail.

Tom Jones is worth well over £200m. You have to admire his passion to continue working. He loves it. He could easily have retired on an island somewhere remote by now.

If you ever see Tom Jones walking down the street and you’ve got a box of After Eight mints in your bag, let him know! He’ll probably say yes to dinner at yours as long as the mints were on offer as a dessert. A female fan had Harrods send her a box every time she knew she was going to see him. Now that’s a top fan.

Elvis and Tom Had a Falling Out

They were very good friends most of the time, but there was one occasion where things turned sour for a few days. It happened when Elvis decided to perform in his hotel suite. He was sitting on a piano stall when Tom’s manager pulled it away from underneath Elvis. The King was not best pleased and fell out with Tom of the situation for a little while. They made up in the end, though.

Hate is a strong word, but Tom Jones’ feelings towards the song are too far from it. He didn’t like it at the time, and he still doesn’t like it now. It’s his least favourite track from everything he’s ever done. It topped the charts in 1965, though, so it’s not all bad.