Most people know that big companies collect our data but few of us realise the extent to which they use it, who sees it and what impact it has on our lives.

Well, here’s the thing. It’s important. If it wasn’t the world’s largest and richest companies wouldn’t want it.

Take Facebook as an example, seeing as they’ve been in the news recently. 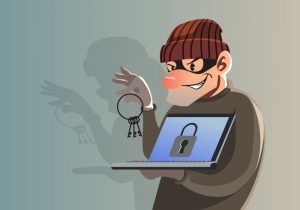 Cambridge Analytica used a quiz app to scrape data such as users’ identities, their friend networks, and likes from millions of Facebook users. Users inadvertantly gave consent by agreeing to the user conditions in the app. The company later used that data to build targeted political ads for Donald Trump’s political campaign, the New York Times, which conducted the investigation along with The Observer, reports.

How worried should you be?

Cambridge Analytica says they used this information to create profiling tools, which were then used to target political ads at users’ personality traits. In doing so, many news reports have suggested, the company helped put Donald Trump into office.

One thing is very clear. User data (that’s everything you and me look at online, every webpage you visit, every ad you click on, every video you watch, music you buy, books you read, which posts you like, share and email to your friends etc. etc.) is incredibly valuable to advertisers, who can exploit users’ information to target their marketing down to the individual level. Why? Easy – to get consumers to buy a product.

Governments are playing catch up

In May, the European Union (EU) will put new regulations into effect that will ensure users understand when their data is being collected. The General Data Protection Regulation, or GDPR, requires that companies identify what data they are collecting and why it’s being collected, and allow consumers to access and control that data. The legislation applies to social media networks, which must comply.

The United States remains one of the few of the world’s leading countries that has no such legislation in place.

Of course, it’s not just Facebook you need to be worried about. Google, Apple and every Tom, Dick & Harry want your data.

So what can you do?

Well, there isn’t a lot you can do unless you pack up your bags and head for the woods and embrace the zombie apocalypse but a few little tweaks might slow down the march of the machines and big tech: