Had to do this one right?  News that the next James Bond, a white Scottish lad who grows up to become the sexist, hard-drinking, womanising killer all boys love, is to be played by a black woman has been met with the usual two polar opposite arguments. On the one side, Bond’s 007 character is white and a bloke (can’t argue with that says Ian Fleming’s ghost) and on the other side he should be ‘all PC’ and therefore NOT a white bloke but anything but… so we have Indians, blacks, aboriginals, women, lesbians, Guardian reading wimps, Thai ladyboys, wheelchair users, Jewish Nazis, Chinese, gay Nicaraguan whales with one flipper reading the weather on Channel 39 all in the running (or swimming)?  The list is endless really and I obviously apologise to all those three-headed aliens, feminists, snowflakes etc. who I’ve overlooked and therefore discriminated against and who now feel oppressed and victimised by this column no-one reads. Of course the world of espionage is a strange one and this might just all be hype to get us all wound up about cinema boycotts and talk of the biggest box office flop in history… 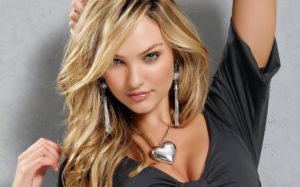 Personally, I think ‘Irish Pierce’ was the best 007 and Daniel ‘boring’ Craig one of the worst. But what do I know? I’ll tell you what I do know. Re-making Ghostbusters with unfunny women was a bad idea. It was a great original franchise so why mess with it just to embarrass women?  Bond is the same. Leave him alone. There is nothing stopping a black, female producer making a film with a black actor portraying a great character that was written by a black writer. There is nothing stopping Phoebe Waller-Bridge (posh feminist) writing crap about lesbians taking over the world like they’ve already taken over the BBC but don’t pinch someone else’s ideas.

There have been some fab black characters in film already, take Virgil Tubbs, Shaft, Apollo Creed, Uhura, Alex Cross, Huggy Bear, that woman from ‘The Help’ and many, many more so if pc-liberals want to create some more then there is nothing stopping them. But why stoop so low to ‘steal’ a great white character?

I’m a writer (of sorts) and I’ve written a crime thriller trilogy that many people think is great. The books have great characters, it’s a great story and would make a great film or even Netflix series. Guess what? Yep, no luck so far. Do I scream ‘oppression, victimisation, is it ‘cos I’m white, working class and poor? (it probably is actually)’ as the reason that my books aren’t huge Hollywood blockbusters yet? No, it’s probably for a number of reasons that I’m not sipping cocktails with Halle Berry or snorting coke off Lashana Lynch’s tits! It might be because I use the word ‘tits’ a lot.

So, whilst craggy Craig is still actually Bond and it’s only his number (007) that has been given to a black woman we all know that this is censorship via the front door. Take the remake of ‘The Sweeney’, a great old (yet very sexist and of it’s time) TV series and film series. It was fab. It had strong male and female characters and was great entertainment. Nowadays though it seems we can’t make a film which just entertains or one that reflects what is real and that I think is sad.

You might ask what is my point? Why can’t we have a black, female Bond? Well my answer is simple. Call me old fashioned but I just don’t want one. I like my Bond to be white, heterosexual, funny and sexist. Just as I like my Marvel superheroes to be drawn by Stan Lee, my beer to be cold and my black women big-bootyed and hot.