We hear a lot in the mainstream media about the ‘gender pay gap’. Well here are some facts that the female dominated media are less likely to share: 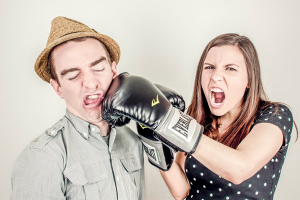 Primary schools are almost exclusively female (88%), while in state nurseries it’s even worse (97%).

How about medicine? Well, the number of female doctors under the age of 30 is now 61%, a trend that is continuing. In nursing it’s 89% women compared to 11% men.

In fact, it is arguable that women now hold a greater proportion of Britain’s professional jobs than their representation in the workforce would lead one to expect.

But what about this pay gap we keep hearing about?  Well, take teaching, local government and the NHS as examples. There is a pay scale. All employees who move up the pay scale earn more. Employees doing the same job on the same point earn the same. Women do NOT earn less than men (as is the law).

However, some women choose to be in lower paid or part-time roles. Many women take time off to have children and so naturally (and quite rightly) rise slower up the pay scale than a man who doesn’t take a career break.

And what of the future?

From disadvantaged backgrounds, young women were 51% more likely to go into higher education than comparable young men. Disadvantaged white boys are the least likely of all groups to go to university, with just 8.9% continuing their studies.

But what about sexuality? Lesbian employees in the UK earn 8% more than straight women so should we now look to pay heterosexual women more as well?  (In the US lesbians earn 20% more!)

And women still live longer than men of course.