The race for a place in the EFL Championship playoffs is hotting up, with Cardiff City and Swansea City seemingly doing battle for the last remaining place in the top six. The Bluebirds have edged their way back into the playoff fold of late, with recent victories over Derby and Bristol City giving Neil Harris’ men a fighting chance of joining the likes of Fulham and Nottingham Forest in the playoff mix. South Wales rivals Swansea City are also hanging on the coat tails of the top six and Steve Cooper’s men could yet displace their neighbours even with time and games running out.

Looking at the latest odds in the Championship Top 6 Finish market, Cardiff are priced as short as 2/5 with William Hill to clinch the fourth and final playoff spot. Swansea are next in the pecking order, priced at around 5/1. A quick glance at Swansea’s remaining fixtures shows a tricky test against Bristol City ahead of a final day clash with mid-table Reading. The clash with the Robins will make or break the Swans’ chances, but should you wish to have a flutter on Swansea pipping Cardiff at the post, William Hill are one of many leading UK sportsbooks to offer bonuses and free bets ideal for this time of the season. 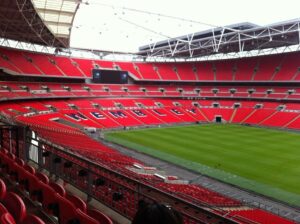 Swansea could have moved two points closer to the top six and a possible Wembley playoff final in their visit to The City Ground and fellow promotion rivals Nottingham Forest. The Swans were 2-1 ahead at the half-time interval, but surrendered their lead and were lucky to hold on for a draw at the end following the late sending-off of Kyle Naughton. Swans chief Steve Cooper said post-match that even if they had defeated Forest they “still would have had to beat Bristol City” in their penultimate game.

On the flip side, Harris’ Cardiff have two very winnable games on the horizon. They travel to a Middlesbrough side that has been rejuvenated under new boss Neil Warnock, but now appears to have enough points on the board to stave off the threat of relegation. With Boro reaching the magic 50 points mark, moving them five points clear of third-bottom Hull City with two games to play, it’s possible that their motivations may not match those of the Bluebirds.

That’s followed by a game with third-bottom Hull City, who are in complete and utter freefall at present, underlined by their recent 8-0 hammering by Wigan Athletic, with seven goals coming in the first 45 minutes. The Tigers have lost several key players ahead of the season restart, who refused to agree short-term contract extensions until the end of this campaign, leaving boss Grant McCann to rely on a string of homegrown prospects in such a pressure cooker situation.

Ultimately, Swansea know what they have to do – win both of their remaining games and hope that their bitter rivals lose at least one of their last two fixtures. With so much at stake, pressure can do strange things to teams, so the playoff picture is by no means cut and dried. Watch this space!